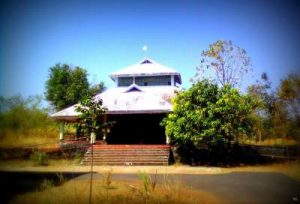 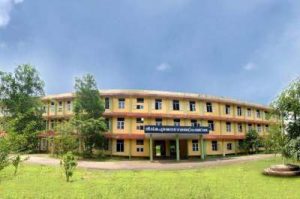 Thrissur Government College was established in response to persuasive demands from various sections of the society to have a Government College in Thrissur, the cultural capital of the State of Kerala.  The goals were to promote excellence in the sphere of higher education and cater to the academic aspirations of all, especially to the underprivileged sections of the society.

The college was formally inaugurated by the then Chief Minister of Kerala, Sri C. Achutha Menon, on 28 October 1972. Prof. Subbayyan T R was the first Principal of the college and classes were begun on 14 August 1972 with 200 students and 9 teachers. At the time of its inception the college had offered one Pre-degree batch each for the III and IV Groups and two Degree courses,namely BA History and BA Economics.BA English and B. Com were started in 1976 and 1978 respectively. In the year 1984 M. Com was started, elevating the institution to a Post-graduate college.

In recognition to the good performance of the college and its potential for development, it was resolved to shift the college to a 25-acre campus of its own at Kuttanellur, 6 KM east of Thrissur town, close to the Mannuthy bypass road of NH 47. Situated amidst sylvan surroundings, the site was an ideal spot for academic pursuit and research activities. The foundation stone for the new building of the college was laid by Sri. K. Karunakaran, the then Chief Minister of Kerala, on 20 April 1985. The shifting of the college to the new campus on 1 April 1991 marked a new phase in the history of the college. Three post-graduate Programmes were started in quick succession: M.A. History (1993), M.A. Economics (1996) and M.A. English (1998).

The Silver Jubilee of the college was celebrated in year 1997-98. The Jubilee Memorial Library and P.G. Block were built with assistance from the MP’s fund and C D C fund, in addition to the whole hearted contribution from the staff, students and the public.In the same year the college was renamed as Sri. C Achutha Menon Government College, in memory of the Chief Minister, C. Achutha Menon.

In 2008, the Ladies Waiting Room was inaugurated and in the same year EDUSAT Connectivity was established. In 2011 the P.G. Class Rooms were converted as Smart Class Rooms.

In 2012-13, two Science programmes – B Sc Computer Science and B Sc Psychology – were started.

In March 2013, the NAAC team visited for the cycle 2 reaccreditation and verification, and the college was re-accredited with B Grade.In the year 2013-14, the college campus was declared as e- campus and green campus. In 2017- 18, the college was selected as the best institution under Government Sector (third position) at the District Level instituted by the Agricultural Department, Government of Kerala, for carrying out farming and green initiatives in the campus by Bhoomithra Sena.

In 2014- 15 Open-Air Auditorium was constructed utilising MLA’s Special Development Fund. Ladies hostel, which can accommodate 80 students, started functioning in 2016. In 2018, the New Science Block was inaugurated and new programmes-B Sc Statistics and M Sc Psychology were started in the academic year 2018- 19. In the same year the Commerce Department was upgraded as Research Department and in 2020, the Economics Department too gained the status of Research Department.

Summer droughts are common in the region.Every year by the month of February, water scarcity starts hitting the campus. To overcome this situation rain water harvesting is being done in the campus. Presently wells are being recharged. In 2018 funds were sanctioned from MP’s Special Development Fund to install solar panels in the Ladies Hostel.

The Knowledge Centre and the New Post Graduate Block are being built now in the campus. Sanction was given to build stadium facilities in the ground, the construction of which is progressing. Roads have been built interlinking the buildings and the stadium. Now the college has the reputation of being a premier institution in the Central Kerala that offers meritorious service in the higher education sector.